He received his Bachelor of Science degree from St. Louis University in 2000 after studying biology and classical humanities. He was president of the Eta Sigma Phi Classical Humanities Society and received the St. Louis University Undergraduate Outstanding Research Award for his work on photoreceptor protein production. He then attended the College of Optometry at the University of Missouri St. Louis, receiving his Doctor of Optometry in 2004. While studying optometry he was elected to the Beta Sigma Kappa Honor Society and received Nation Eye Institute and AAO grants for his research in binocular vision. After graduating he spent eight years in private practice specializing in geriatric care and eye disease before joining Glaucoma Consultants.

Dr. Beatty is a Fellow of the American Academy of Optometry (FAAO), a certification earned by less than 10% of optometrists. This distinction is awarded to optometrists based on their research and complex case studies. He is member in good standing of the St. Louis Optometric Society and the Glaucoma and Anterior Segment sections of the American Academy of Optometry. He is also involved in the Aging and Vision and Neuro-ophthalmic Disorders Academy Special Interest Groups.

A former Adjunct Clinical Professor at the University of Missouri College Of Optometry, Dr. Beatty has also written for multiple publications and has lectured in areas of molecular and genetic control of photoreceptor proteins, binocular vision, ocular anatomy and physiology, and aging and vision.

In his spare time Dr. Beatty serves on the executive board of the Japanese Activities Committee, a nonprofit advisory group for the Missouri Botanical Garden’s Annual Japanese Festival. 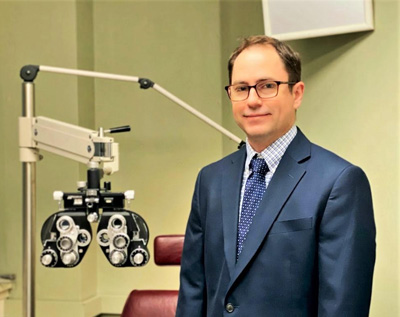